A port of call on our recent cruise was the port of Aarhus.

After a brief bus ride we boarded an antique train for a ride through Denmark's scenic countryside. 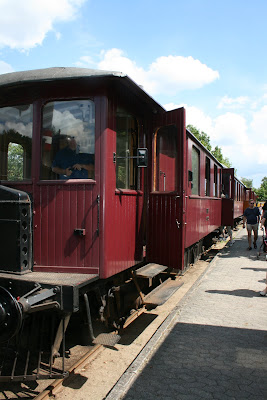 The train was not operated by Steve! 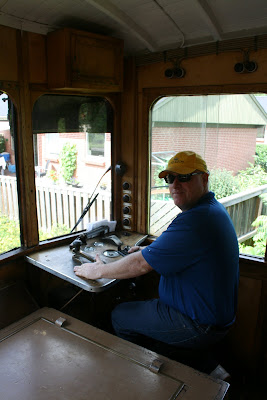 One of the many pretty views we saw. 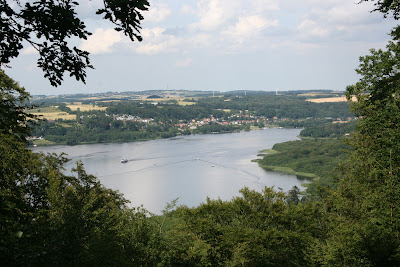 And I was surprised to see homes with thatched roofs. 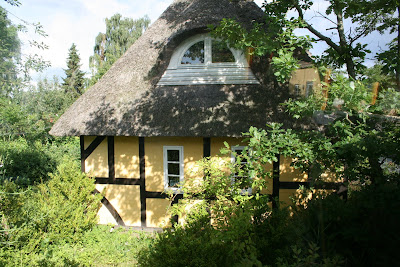 Our ultimate destination was Silkeborg, home of Tollund Man. 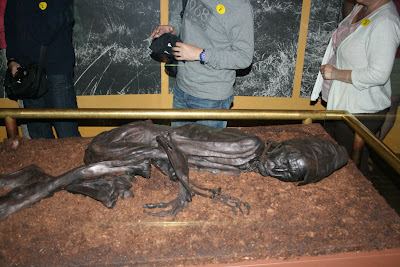 Tollund Man is the naturally mummified corpse of a man who lived during the 4th century BCE, during the time period characterised in Scandinavia as the Pre-Roman Iron Age.He was found in 1950 buried in a peat bog which preserved his body. The head and face were so well-preserved that he was mistaken at the time of discovery for a recent murder victim.


While there, we also happened to be interviewed by a local newspaper who then published this photo and brief article. 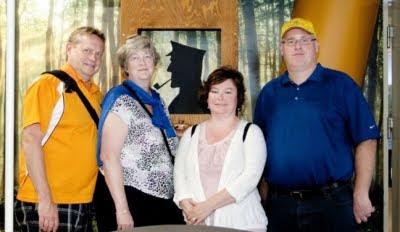 Until this week, they had never in their lives heard of Silkeborg. They have now. The pairs Kathryn and Dave Muir and Rosanne and Steve Dreyer from the city Kitchener in Ontario, Canada, was part of the cruise company, which earlier this week paid a visit Tollund. The total three-week expedition to go to Denmark, Germany and the Baltic countries. The ship lay in Aarhus a single day this week, and that night it continued in the direction of Rostock in Germany. The Canadian quartet was very apropos photographed with the maritime background of Silkeborg Museum, namely at the exhibition for the golden plover 150 years anniversary. Photo: Jakob Andersen Stigsen

I never dreamed we'd end up in a Danish newspaper while on our cruise!

Posted by Rosanne at Sunday, September 04, 2011
Email ThisBlogThis!Share to TwitterShare to FacebookShare to Pinterest

I think you need to start packing me in your suitcase! you go to the coolest spots!!!

Very kewl girl and I am jealous!

I Design For Crazy Card Party