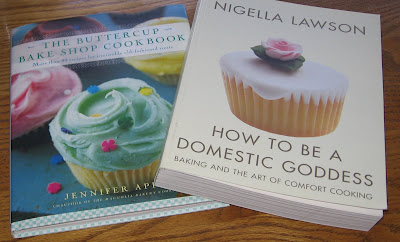 Because we visited friends last night and I was asked to bring a dessert and because I couldn't decide between recipes I made two. And also because I try out new recipes on my friends they were two I haven't tried before. 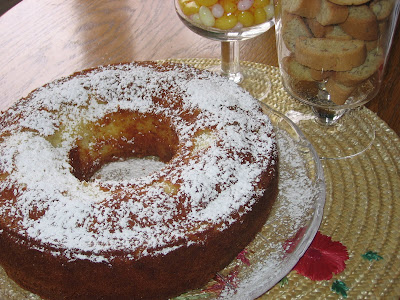 So first up was Nigella's Easy Almond Cake from How To Be a Domestic Godess.
She suggested serving it with raspberries which I didn't have so I served it with blueberries that seemed to work well. Nigella noted in her cookbook that the cake stuck to the pan a bit and so did mine but once dusted with sugar you don't notice it too much. Everyone really enjoyed this cake! I might serve it with a bit of fruit coulis or whipping cream another time.

INSTRUCTIONS:
Preheat oven to 350 degrees F (180 C). Chop the butter and marzipan to make them easier to break down, and put them in the bowl of the food processor, fitted with the metal blade, with the sugar. Process until combined and pretty well smooth. Add almond and vanilla extracts, process again, then break the eggs one at a time through the funnel, processing again each time. Mix the flour and tip down the funnel, processing yet again, and then pour the mixture into the prepared pan, scraping the sides and bottom of the bowl with a rubber spatula.
Bake for 50 minutes, but check from 40. Then, when the cake looks golden and cooked and a cake tester or fine skewer comes out cleanish, remove from the oven and leave to cool in the pan before turning out. (This is when you will be feeling grateful if it's the springform you're using.)
Makes: 12 servings.

Then I made Cream Cheese Swirl Brownies from The Buttercup Bake Shop Cookbook. 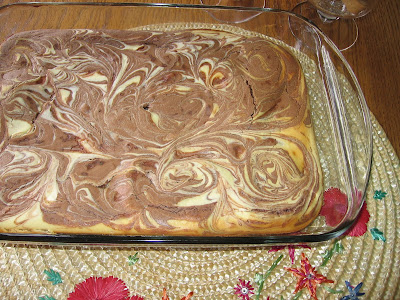 This is the cookbook Brianne wanted for Christmas and while in NYC she did find the actual shop but wasn't able to go in as there was a line out the door and she was on a time limit. 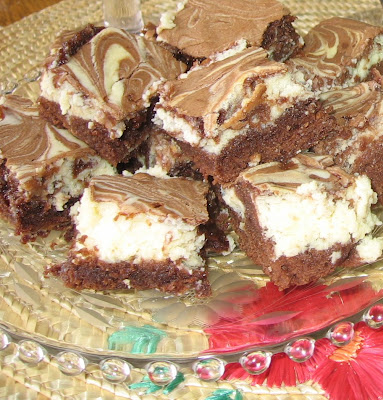 And these brownies were a hit too!

And now for the recipe:

Preheat oven to 350 degrees.
Grease and flour a 9 by 13 pan.
To make brownies: Melt chocoate with butter in medium pan over low heat stirring occasionally until smooth. Cool for 5 to 10 minutes, transfer to large mixing bowl and set aside. Meanwhile, prepare the cream cheese filling.
To make the filling: In a large bowl, on medium speed of electric mixer, beat butter and cream cheese for 2 to 3 minutes until smooth. Beat in sugar, then eggs, one at a time. Add in vanilla, set aside.

Posted by Rosanne at Sunday, April 13, 2008
Email ThisBlogThis!Share to TwitterShare to FacebookShare to Pinterest

I Design For Crazy Card Party